NXT may have landed the first punches in the battle for brand supremacy ahead of Survivor Series, but The O.C. made sure that Raw fired back — and they came to the black-and-gold brand’s turf to do so.

After taking out The Undisputed ERA in the parking lot before NXT even hit the air, AJ Styles, Luke Gallows & Karl Anderson made their way to ringside at Full Sail Live, declaring that they were taking over NXT.

That didn’t sit well with Tommaso Ciampa, who brought backup in the form of Keith Lee and Matt Riddle — all of whom made their presence felt over the last week on Raw and SmackDown. The Blackheart of NXT issued a challenge for a Six-Man Tag Team Match, promptly accepted by The O.C. to set up the latest inter-brand clash for the evening’s main event.

Pete Dunne finally evened the score with Damian Priest — and he did it by giving The Archer of Infamy a dose of his own medicine.

The score appears to be far from settled though, and the same goes for The BruiserWeight’s issue with Killian Dain.

For the last month, Priest has been more than a thorn in the side of Dunne, first attacking him in a post-match ambush, and then getting the better of him in their first singles encounter.

This time, though, Dunne scored a victory by resorting to the same tactics used by Priest in their previous battle, catching The Archer of Infamy with a low blow out of the referee’s sight after countering Priest’s attempt to do the same. From there, Dunne locked Priest in a rolling cross armbreaker to force a submission.

Another recent enemy of Dunne’s — Dain —blindsided The BruiserWeight afterward. Priest refused to sit idly by and shoved Dain aside in a bid to take another shot at Dunne, but received a headbutt and a running cannonball against the steel steps from The Beast of Belfast for his troubles.

The bad blood between three of NXT’s hardest hitters has risen to a boiling point, creating an extremely combustible situation.

The empty spots remaining on Rhea Ripley and NXT Women’s Champion Shayna Baszler’s respective WarGames teams represent a golden opportunity for the rest of the black-and-gold brand’s Women’s division. That includes Santana Garrett and Taynara Conti, who both looked to seize the moment in their one-on-one bout Wednesday.

Garrett brought a relentless fire to the bout, but it was Conti showcasing her increasingly vicious edge with knee strikes scattered throughout en route to victory. Finishing Garrett off with a boot to the face, Conti picked up the pinfall — and hopefully for her sake, perhaps earning her way into the Women’s WarGames Match. 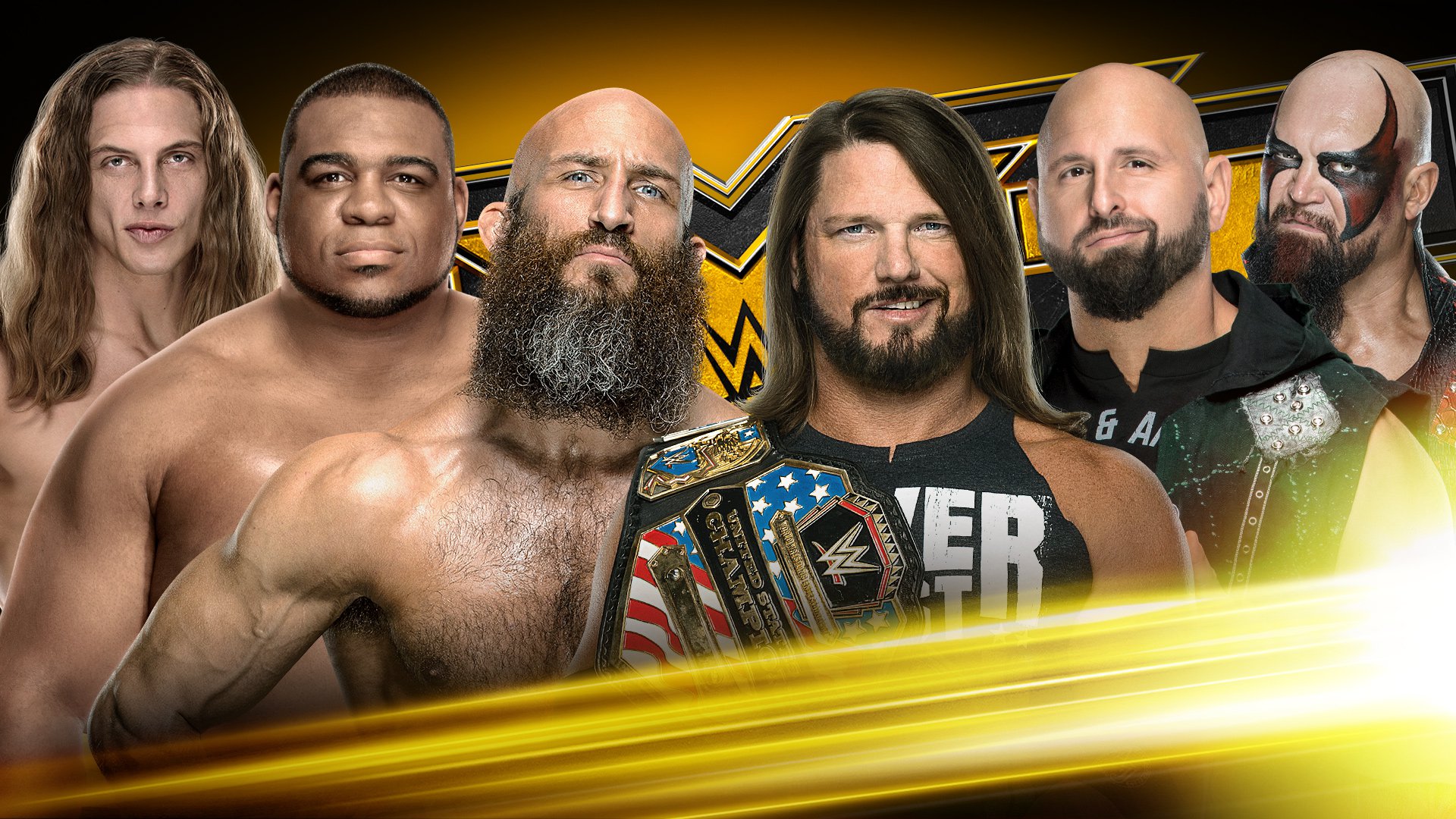 After their attack on Undisputed ERA, The O.C. will take on three of NXT’s best: Tommaso Ciampa, Keith Lee and Matt Riddle.

Dakota Kai looks to prove herself against Shayna Baszler 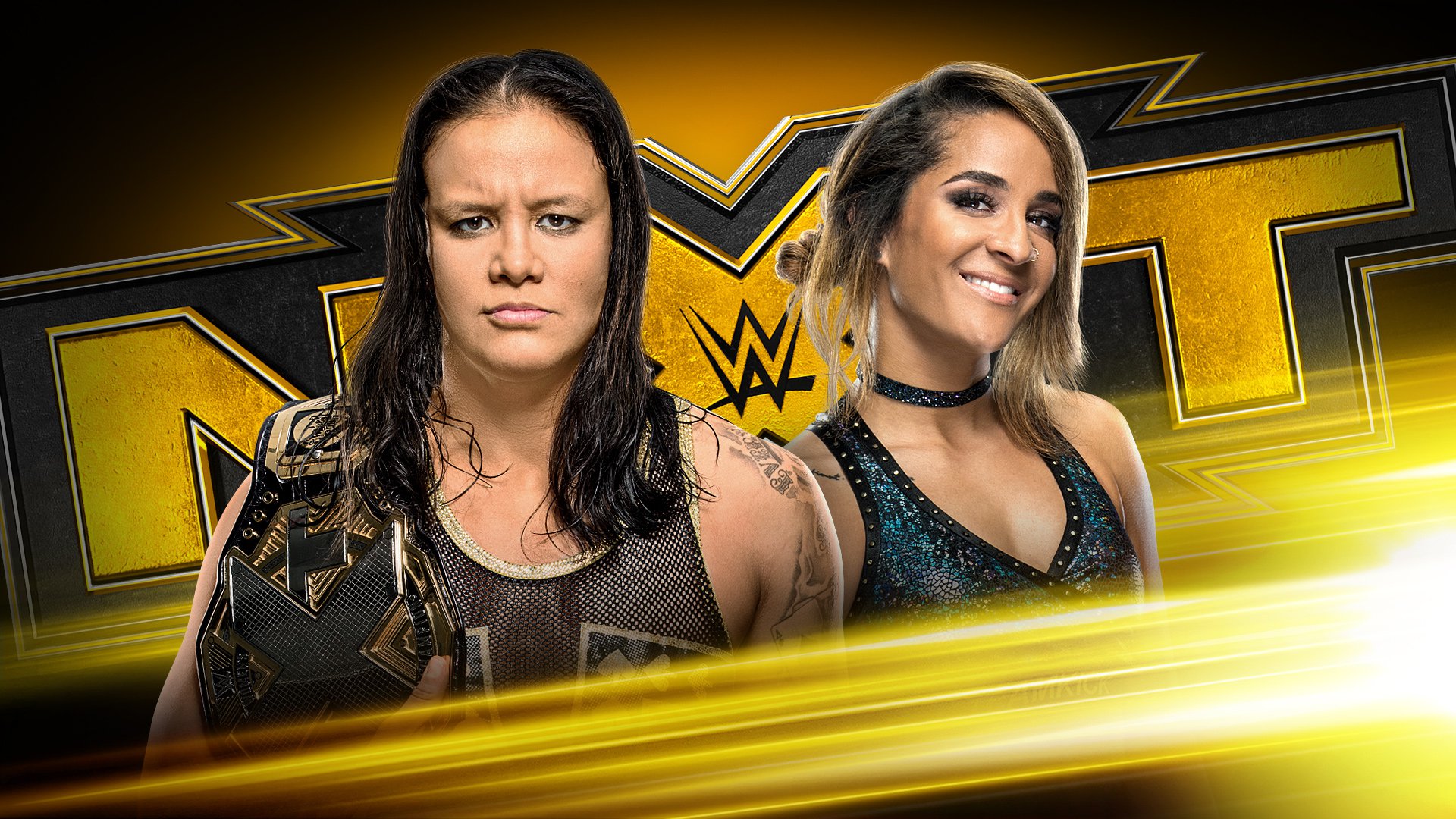 After Dakota Kai found herself on the outside of the first-ever Women’s WarGames Match looking in, The Captain of Team Kick will be out to prove to Rhea Ripley that she should be on her team for the historic battle, when she takes on NXT Women’s Champion Shayna Baszler tonight on WWE NXT.

Ripley revealed her squad for WarGames this morning on WWE’s The Bump, picking Candice LeRae and Kai’s best friend, Tegan Nox. As for the fourth member of her team, The Nightmare was unsure of who she should be, but did not think that Kai was a good enough “fighter” to step into the unforgiving battle that is WarGames. Baszler jumped on that point, saying that Kai would be a “wasted pick.”

Those comments set Kai off. She called out The Submission Magician, saying she’s no longer afraid of the NXT Women’s Champion. Can Kai prove herself to Rhea Ripley ahead of NXT TakeOver: WarGames? Find out live tonight at 8/7 C on USA Network!

What will be the fallout of NXT’s Raw and SmackDown takeovers? 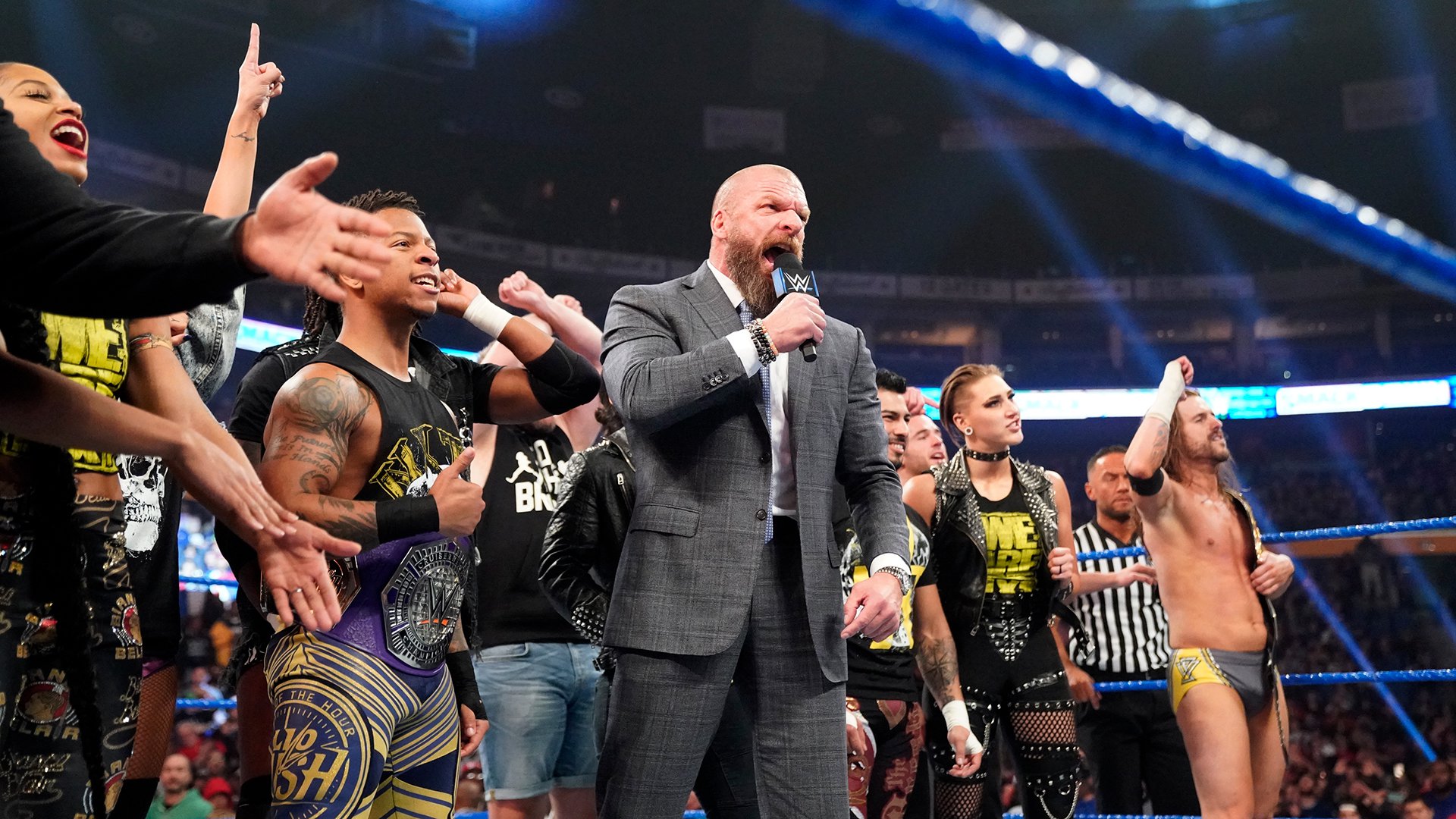 With shocking takeovers of Raw and SmackDown, NXT has been at the forefront of the WWE Universe.

It all began on Friday Night SmackDown when NXT Women’s Champion Shayna Baszler, Tommaso Ciampa, Keith Lee, Matt Riddle, Rhea Ripley, Tegan Nox and Bianca Belair all made their presence felt by brutalizing the blue brand roster, while NXT Champion Adam Cole made quite possibly the biggest impact with his shocking title retention over Daniel Bryan.

But one night of chaos wasn’t enough for Triple H and the black-and-gold brand’s Superstars, as they took over Raw on Monday. Baszler confronted one of her Survivor Series opponents, Raw Women’s Champion Becky Lynch, while the rest of the NXT roster ambushed Team Red, capped off in a wild brawl at Raw’s conclusion.

With NXT having caught both of its rival brands off-guard, will they face any retaliation at Full Sail University?