On the latest episode of WWE 205 Live, Tyler Breeze made his Cruiserweight division debut against Tony Nese. Plus, Lio Rush teamed up with Isaiah “Swerve” Scott in an impromptu tag team match against The Singh Brothers. 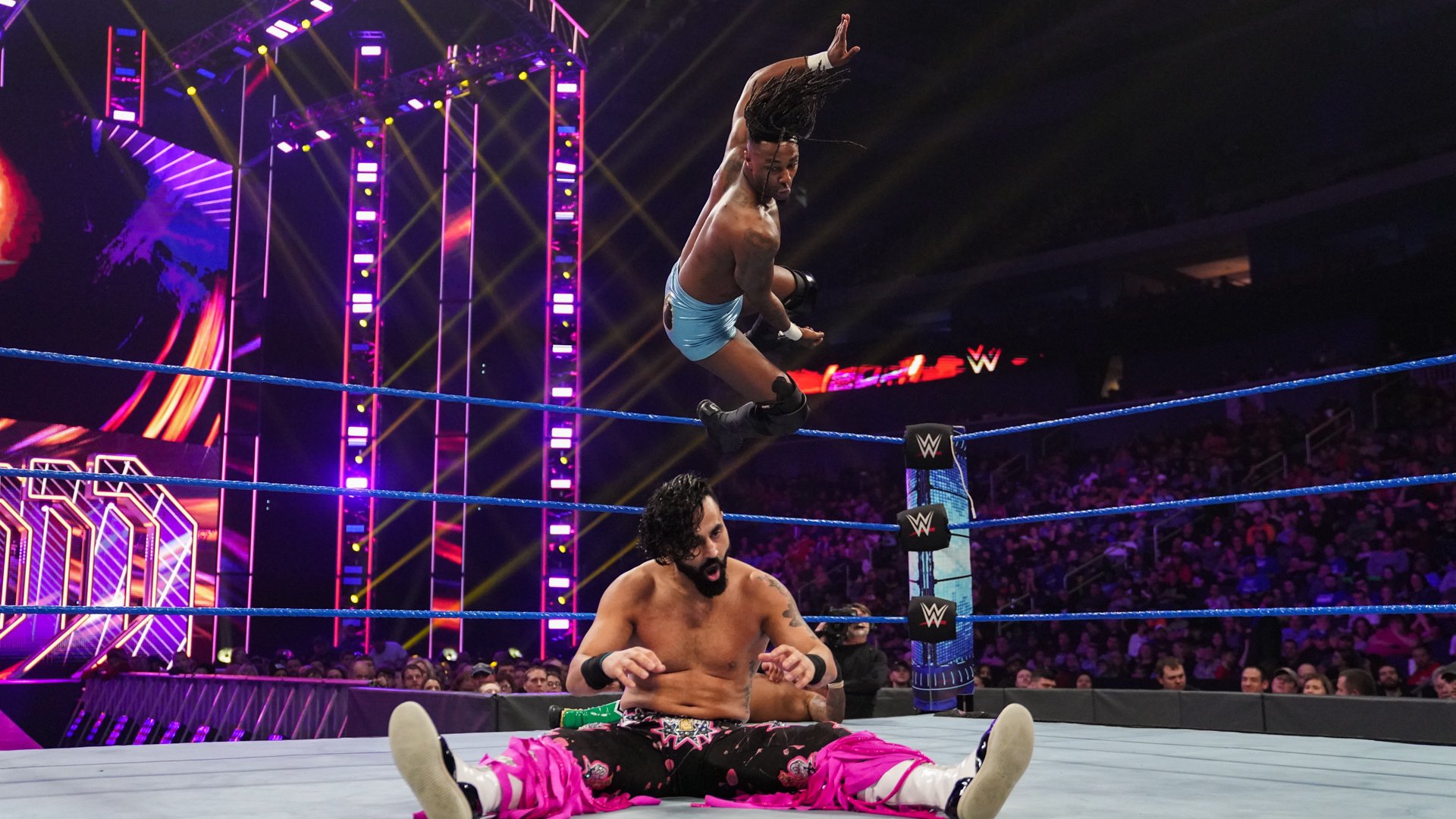 After two WWE 205 Live matches were announced earlier in the day, The Singh Brothers, who were without a match, took to Twitter declaring they would make their presence felt “Bollywood style.” The brothers lived up to their promise by interrupting a hotly anticipated contest between Isaiah “Swerve” Scott and former NXT Cruiserweight Champion Lio Rush. As a result, Rush and Scott joined forces and faced The Singhs in tag team action.

Rush and Scott crossed paths prior to coming to WWE, but they had yet to square off – or team-up – in a WWE ring. They matched speed and agility early in the contest with Scott trying to use his size to his advantage. However, the two were in a stalemate until The Singh Brothers’ music hit, and the Bollywood stars made their way to the ring. Fed up with The Singhs antics, Scott and Rush went on the offense. Rush then challenged The Singhs to a match, though the brothers insisted they didn’t want to compete.

WWE 205 Live General Manager Drake Maverick had other plans, and an impromptu tag team match was made. Scott went on the attack, taking down Sunil Singh. From there, “Swerve” and The Man of the Hour showed off excellent teamwork, putting Sunil on defense until he tagged in Samir. After attacking Rush from behind, Sunil gave his brother the opening to take control.

With the WWE Universe cheering on Rush, the resilient Man of the Hour used his agility to avoid a double team attack to make the tag to Scott.

Wasting no time, “Swerve” unloaded on Sunil and Samir with a flurry of kicks before tagging in Rush, who took down Samir with the Come Up before Scott delivered the House Call, allowing for Rush to score the pinfall victory.

Despite their mutual respect and tag team win, Scott assured Rush they weren’t finished yet. 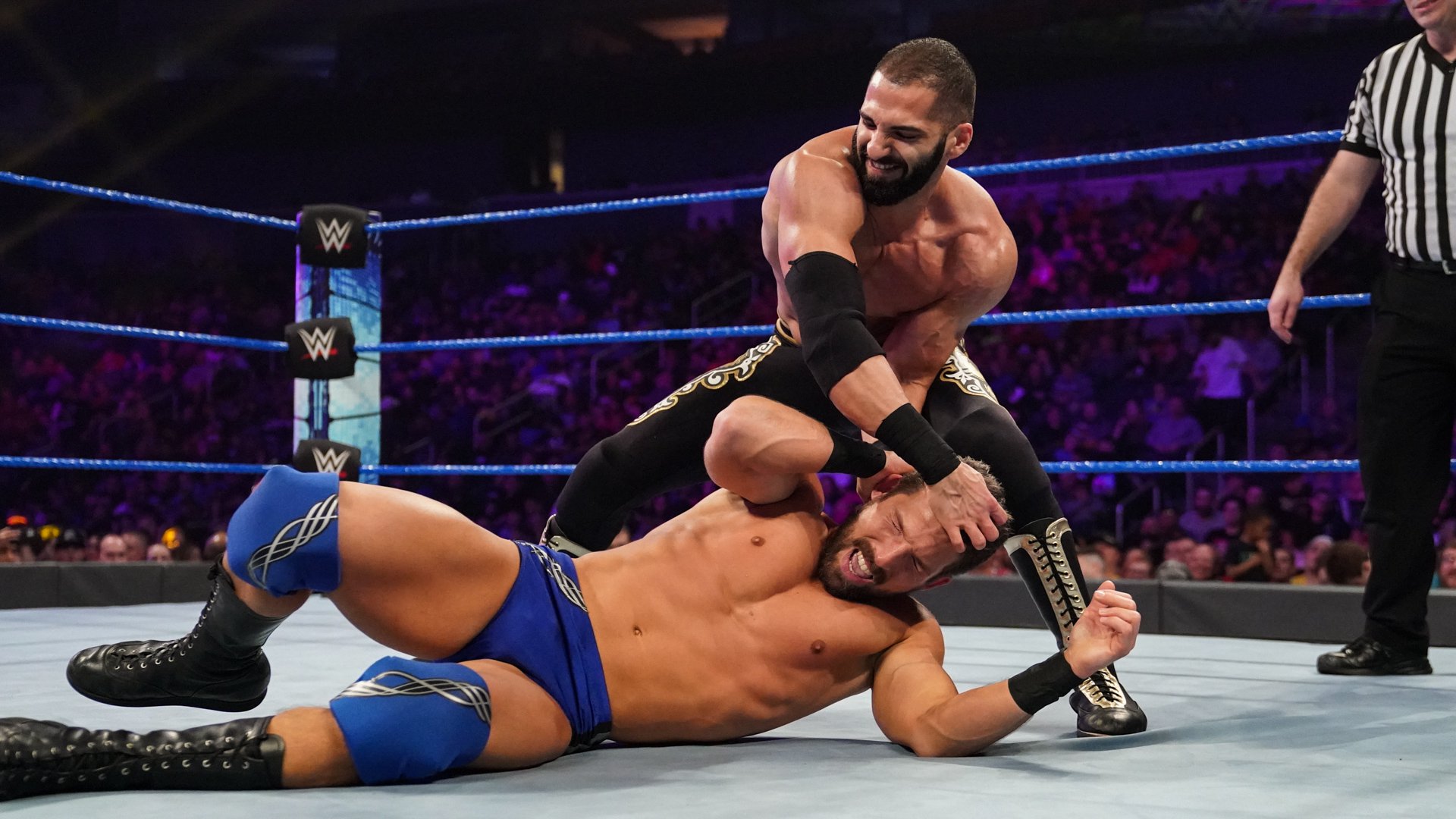 After defeating Danny Burch last week on WWE 205 Live — thanks to an assist from The Brian Kendrick — Ariya Daivari looked to pick up another win and assert that the purple brand is his territory in a battle against Jeff Brooks. 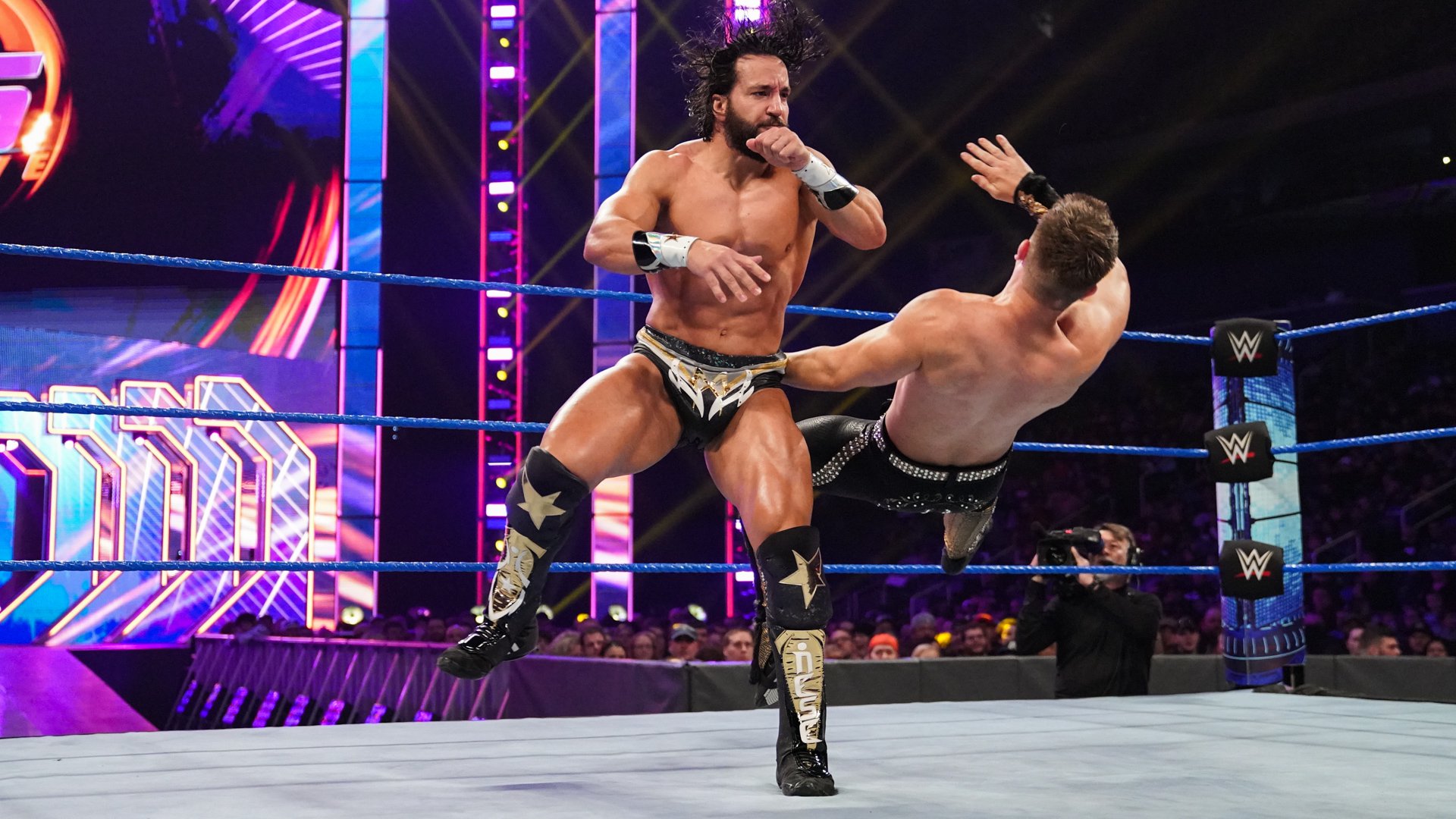 Not intimidated by the former NXT Cruiserweight Champion, Prince Pretty casually waited for the match to begin and brushed off Nese’s posturing.

After absorbing several strikes to his midsection, Prince Pretty battled back and halted The Premier Athlete’s offensive flurry, but Breeze found himself on the receiving end of a kick as he attempted to dive outside the ring. Nese gained the upper hand by leveling his opponent with a clothesline, but Breeze rolled out of the way of a moonsault.

Breeze struck back with an innovative backbreaker and tried to execute the Unprettier, but Nese broke the maneuver by grabbing the ropes before delivering a jab to Breeze’s throat. And after driving his opponent neck-first into the ropes, Nese landed a moonsault but could not secure the pinfall.

Nese delivered a dropkick to Breeze’s back that gave him the opportunity to hit the Running Nese. Unfortunately for The Premier Athlete, he was met with a superkick. As Breeze attempted a crossbody from the top, Nese countered and attempted a pin, but Breeze countered into a pinfall of his own to score the victory. 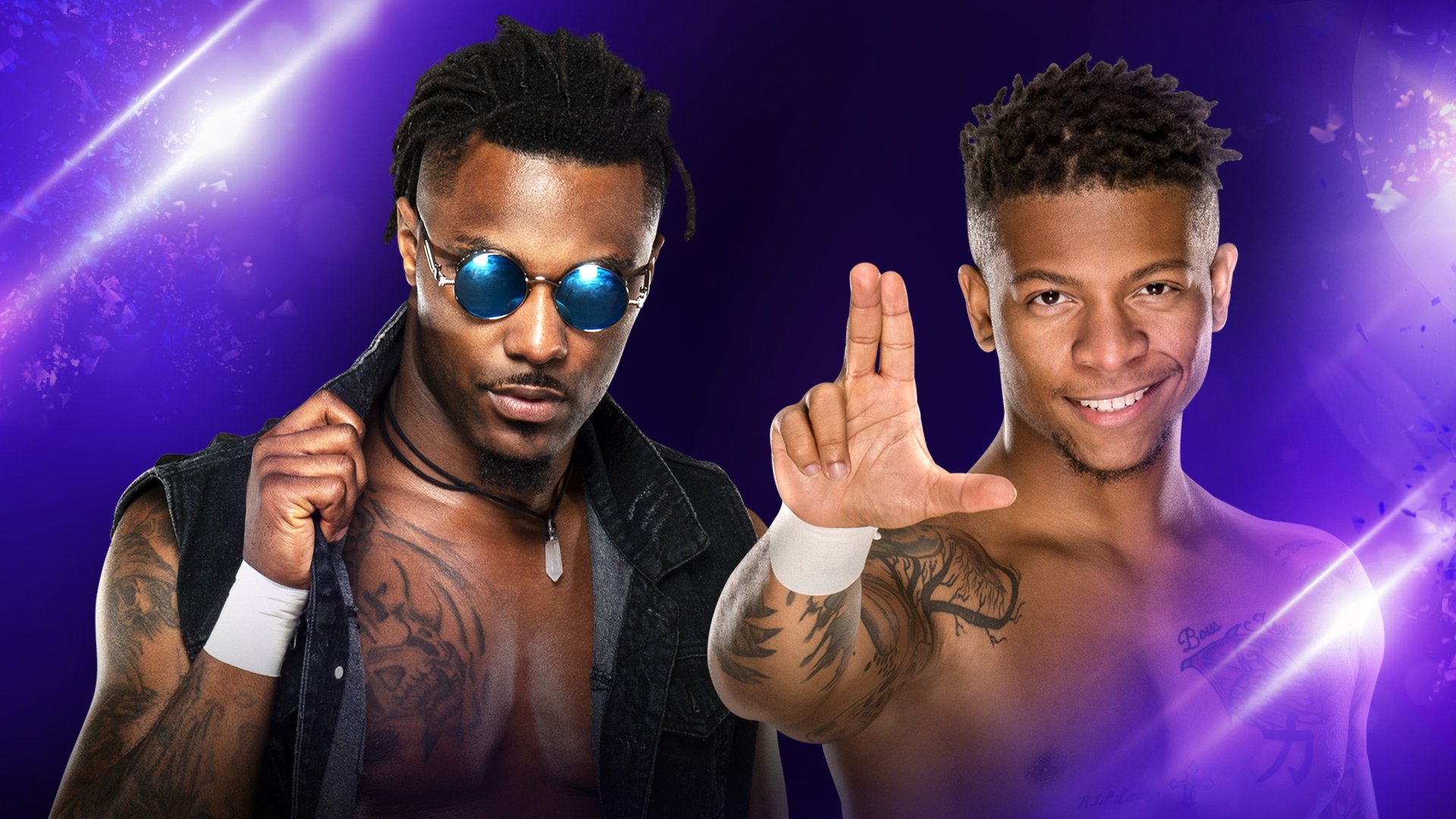 Tonight on WWE 205 Live, former NXT Cruiserweight Champion Lio Rush faces a high-speed challenge in the form of Isaiah “Swerve” Scott. Both Superstars are well-known for their superhuman speed and agility which will no doubt make for a fast-paced matchup that will light up the WWE Universe.

In addition to facing off for the time ever, Rush and Scott will each be competing in their first match of the new year, and they are both looking to pick up a crucial first win in 2020. The Man of the Hour is likely still thinking about the NXT Cruiserweight Championship, which now rests around the waist of Angel Garza, but the same can be said for Scott, who hopes to make WWE 205 Live “Swerve’s House.” 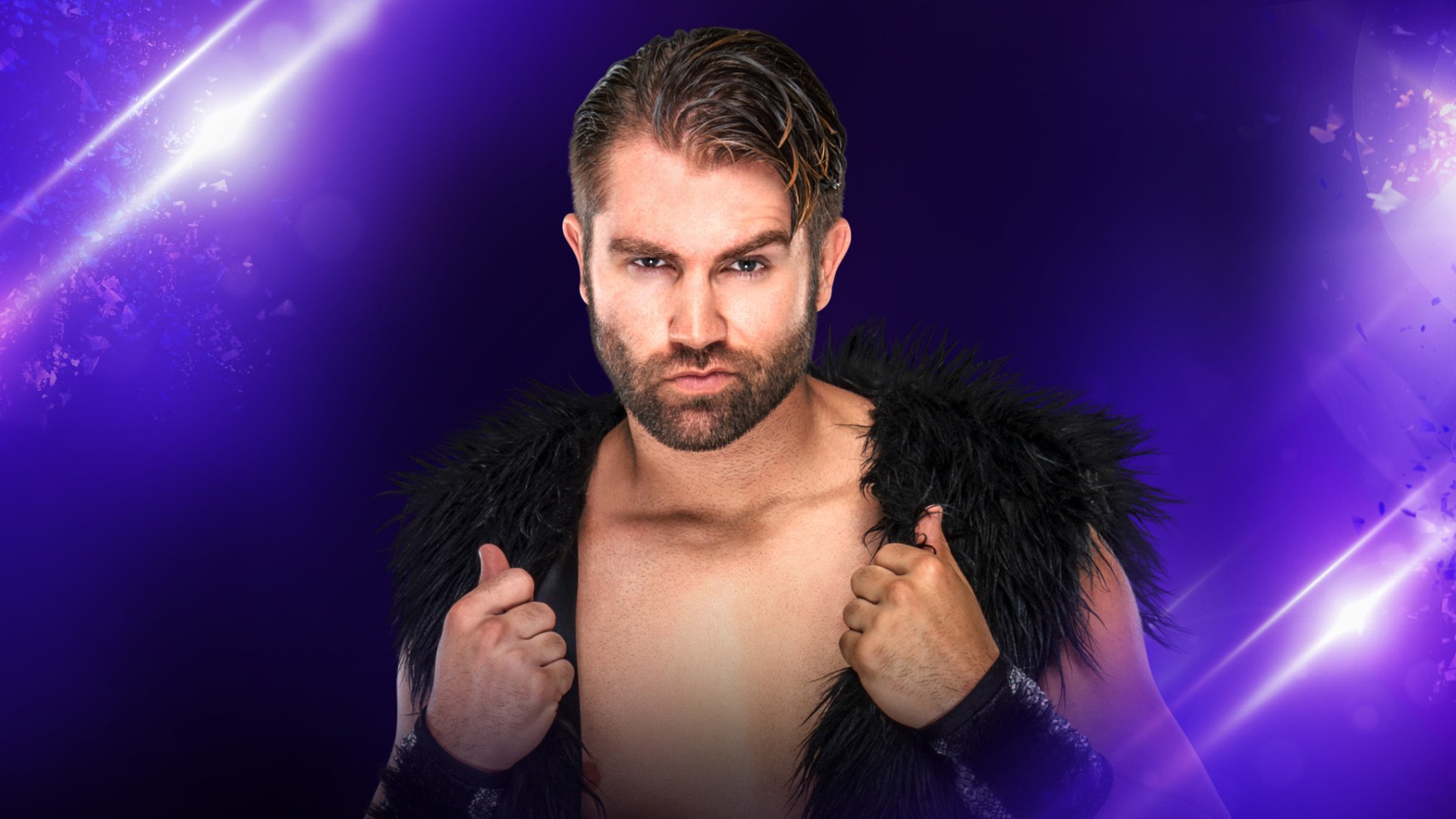 Don’t miss the most exciting hour of television as Breeze joins the purple brand, and Drake Maverick has now lifted Gentleman Jack Gallagher’s suspension. Tune in at 10/9 C on the award-winning WWE Network.

Two-night WWE Draft coming to Raw and SmackDown this October